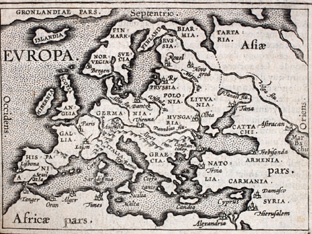 Montesquieu put a great deal of energy into developing his estate: he purchased land, invested in efficient equipment, built a winery, and kept up a substantial maintenance programme… By the end of his life he had created a very well-organized estate of several hundred hectares divided between the Graves, Entre-Deux-Mers and Agen regions, for which he also managed all wine sales.

During this period Montesquieu was travelling all over Europe and meeting numerous important figures in the aristocracy and the world of international politics. He developed a rich network of contacts, which he maintained through regular correspondence and which became not only a significant distribution channel for his wines, but also a very effective way of promoting them. His visits to various dignitaries often turned into a presentation of the virtues of the wines of Bordeaux. And so it was that Montesquieu became an ambassador for all of the region’s wines.

The full story of Montesquieu the Winemaker Philosopher in “Montesquieu en ses Vignobles” (“Montesquieu in his Vineyard”) by Monique Brut.
UA-41500944-1