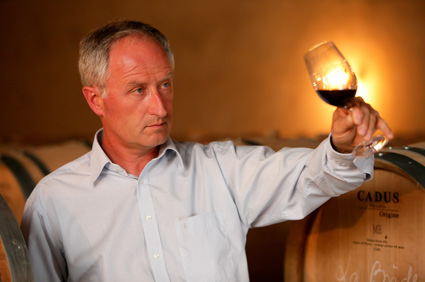 Family complications and the First World War diminished the ancestral revenues and properties.

But the vineyard producing the “Château de La Brède” white wine continued to exist until 2000, managed by the last occupant of the château, Jacqueline de Chabannes, one of the writer’s descendents.
Before her death in 2004, she created a Foundation, so that the château, and the listed 150 hectares that surround it, could continue to receive visitors and host events in memory of the philosopher of the Age of Enlightenment.
The Foundation: in 2008 the Jacqueline de Chabannes Foundation decided to restore Montesquieu’s vineyard and the vines were replanted.  Dominique Haverlan, who has been making wine in Graves for more than twenty years and established his reputation at the prestigious “Vieux Château Gaubert” in Portets, took over this new vineyard in 2011, the year that the first wine was produced from the new vines:  “a splendid success”.

Château de La Brède’s wine will now be matured and offered to the public in the model farm, the “menagerie” that Montesquieu built with his son towards the end of his life.
The philosopher, who never lost an opportunity to talk about his wine (“mon vin de La Brede”), would have been delighted!